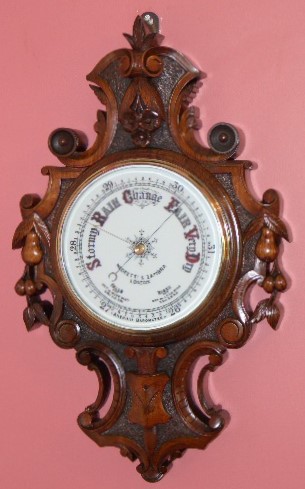 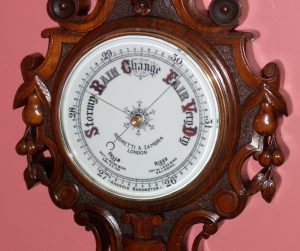 The firm of Negretti & Zambra were considered the premier barometer makers in 19c and 20c. Both Henry Negretti and Joseph Warren Zambra were both born in Italy. The first record of either name is Negretti & Co. of Plymouth (England) around 1790. The firm of Negretti & Zambra started in 1850 in Hatton Garden, London and quickly gained a reputation and became scientific instrument and barometer makers to Queen Victoria and Prince Albert. They were also involved in the optical instrument and photographic busuiness and are recored as having taken aerial photograps of London form a balloon in the 1860’s. 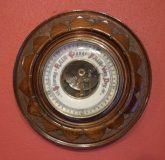